It’s the era of “fake fake news,” where the mainstream media broadcasts well-entrenched mythology while pointing its collective finger at conservative media outlets for “misinformation.”

Sigh. Most of you understand just how much treason and scandal has been uncovered by conservative media – like WND.com -- which would never have seen the light of day if left to CNN or the NY Times.

Are you frustrated with people who cling to nonsense? Wouldn’t it be great if they would thoughtfully consider conservative viewpoints? Perhaps a list would help. 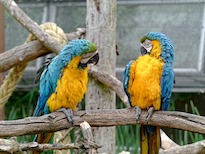 Although condensed, here are the major points I would make:

10.  Conservatives are not racists or sexists, and we don’t hate anyone. What we hate are inhumane, destructive policies wreaking heartbreaking consequences. No person is wedded to these and many people have gotten a conscience and changed their politics. Ex-liberals like me know this all too well. So please be authentically tolerant and respectful, read views from (for instance) black conservatives like Star Parker, and drop the pejorative “racist” label.

9.  Immigration is not the problem. America is a nation of immigrants. Conservatives are not afraid of immigrants and it’s not a racist reaction. We oppose lawlessness and illegal immigration.  I lock my doors at night, and most of you do also, because not all people are trustworthy. For the security of our children and families, we deserve to know who comes to America, their names, backgrounds and values. And we deserve their pledge to honor our Constitution, learn English, follow our laws and respect our history. Every other country regulates immigration. Why not America? It’s an issue of national security and it’s the law.

8. Conservatives love clean water and air but hate the highly-questionable “climate change” agenda. Its shaky pseudo-science just happens to coincide with a trajectory toward global Marxism, also a cherished progressive goal, ideally monitored/managed by the U.N. Should first-world countries, already propping up many third-world economies, go along with what would be a devastating result—millions of jobs lost-- based on computer models? Do we need fines, taxes and regulations to cripple the world’s producers? Why would we trust the foolishness of bribe-worthy U.N. bureaucrats? These are the same ditzy people who think Israel is the problem in the Middle East. No, check the facts and history. It’s a huge scam that has little to do with protecting the environment.

7. The political tyranny that calls itself a religion – Islam – would completely transform America if possible, bringing the chaos we see in Europe. Conservatives are not “fearful of people who are different from us.” We are wary of people who have anti-freedom goals and barbaric, seventh century customs. Homicide bombers? Female genital mutilation? Severe Christian and Jewish persecution? Women forced to wear hijabs and burkas? Male domination? Read our conservative lips: no American will thrive under values like these. These self-isolated people often endanger other Muslims, not just those they consider “infidels.” We must resist any policies incorporating “sharia” law and try to educate Muslims who will listen.

6. There are no different human types called “lesbian, gay, bisexual, transgendered” or “queer.” There is no “gay” gene. There are no “people born in the wrong sex body.” These are learned preferences and as such, they are up for debate. In a fair debate, they lose, because the outcomes are so personally destructive, socially negative and spiritually compromising. Same sex desires are changeable and the numerous former homosexual/ transgendered identifiers deserve to be heard. Children should not be taught these are valid behaviors. This conduct is not a “civil right” and it’s child abuse to enable children to go down these roads.

5.  America is fed up with racial identity politics, and conservatives are as well. Not because of racial prejudice, but because honorable law enforcement officers are being sacrificed—literally—as leftist revolutionary groups exploit a few local situations featuring sketchy characters who love media attention. So they scream over police shootings of black people, regardless of circumstances. Others shot by officers who don’t fit the useful profile do not concern these social justice monitors. It’s all about money, power and mostly unjustified resentment. “Justice” has little to do with it.

4. Free speech, freedom of religion and freedom of conscience mean exactly that.  The University of Chicago model needs to be implemented on all campuses. The Clemson student government considering mandatory “LGBTQ” ally training needs to learn tolerance and respect for other viewpoints. And oppressive educators who try to silence students? They need to be dismissed right along with Dr. Zach Ruff who is no longer at STEM Academy in Downingtown, PA.

3.  Why is abortion so fundamental to progressives? We conservatives respect scientific advancement, not fables and wishful thinking. Research clearly shows life begins at conception. Your inconvenient pregnancy is a human being who will be your daughter or son. Why is your heart so hard? Why not simply plan ahead carefully and avoid that brief sexual encounter? Hold back out of respect for life and human rights. Your mom did not abort you. Can’t you pay the favor forward?

2. Conservative news media are a mixed bag, yet there are many fine reporters and much critical information to be learned not shared by the mainstream. I encourage any progressive to spend a month listening to Rush Limbaugh, reading WND.com and other online news sources, and see if you don’t come away with a new perspective, one that is not racist, sexist, or anti-Semitic.

1. Christians are being smeared and mischaracterized for the most part in our nation’s popular conversation. It is true, none of us is perfect. Only our Savior is. And we hold Him up to all of you. He can change your desires, carry your burdens, heal your relationships. He is not our divine therapist, however, but our Father, Creator and Redeemer. Jesus stands at the door of your heart and knocks. Couldn’t you open the door…just a small crack?