One goal of the bathroom privacy wars is to destroy modesty. Children are especially prized as change agent warriors.

That’s all because bodily modesty is considered a relic of a bigoted Christian past.

Did you know that public nudity is an example of free speech and should be considered defensible under the First Amendment? A Ninth Circuit opinion recently said so:

“Public nudity is not inherently expressive, but it may in some circumstances constitute expressive conduct protected under the First Amendment.”

This makes so much sense. And I’m sure many of you agree!

Or not. Perhaps you are a person with class, moral discernment and discretion. But that’s not who we conservatives are up against.

We are up against the influence of extreme groups like GLSEN, the Gay, Lesbian and Straight Education Network, who sent out this message in an August 10 email:

‘Throughout this year, leaders at the top have consistently failed to protect LGBTQ students. Meanwhile, a student named Edward in San Diego spearheaded a proposal to implement all-gender bathrooms in his school district, an important change for trans students.”

So are “all-gender bathrooms” in your child’s future? To a nation now drowning in private pornography habits, this suddenly may not seem like a ridiculous question.

The noble cause of baring one’s body was part of the Women’s March in January. Pro-life groups were excluded, but there was room for “Free the Nipple,” for women wearing hats made to resemble female genitalia, and for menstrual activists.

Our enemies are unhinged, unstable people. Sexual anarchists are folks with—let’s just be frank-- issues. And our prayers should go out to them for God’s mercy as they receive sound counseling.

But meanwhile, we must restrain the evil they espouse-- by peaceful means, of course.

We are supposed to believe all these folks are trustworthy, never a threat to nine- year-old girls in restrooms. Don’t bet your life—or your daughter’s safety—on it. Mentally and spiritually unmoored men always pose a threat in female private spaces. And public policy has traditionally prohibited access by men no matter why they are there. 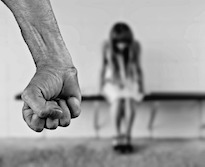 In Texas, concerned citizens are fuming after the GOP-dominated legislature failed to pass a bathroom privacy bill. It would be “sweepingly discriminatory,” was the excuse given by House Speaker Joe Straus, who could have brought SB3 up for a vote, but adjourned for recess without doing so.

So, let’s process this. The fifteen-year-old girl changing her tampon is a seething bigot if she isn’t willing to share that experience with an anatomically-intact male, someone she should instinctively trust. Right.

No males are ever predators—I’m sure feminists will agree—so this is sheer hysteria by people who hate people because of “who they are.”

And as we all know, males who think they are females are truly, authentically females, even if they engage in acts of voyeurism or worse, as a recent video called “Women: Decide for Yourselves” pointed out.

Some GOP leaders are losing their political identity, becoming “trans- Republicans.” “If I call myself a Republican or a conservative, then that’s who I am, no matter what they facts reveal!” is what we are supposed to believe.

Hopefully, they will soon become ex-office-holders and cease to be an obstacle.

A few months ago, school officials in Boyertown, Pennsylvania, told a boy to become comfortable with girls in the locker room. He and several other students filed a lawsuit for privacy violation, since the school imposed this modesty-optional policy with no notice.

Sounds like Texas state Rep. Joe Straus would be wagging an accusing finger at these kids from his moral high ground, chiding them for their “bigotry.”

The narrative of the “LGBTQ” advocates is that conservatives are paranoid to worry about men who wear wigs, feather boas and heels. And our boys should become comfortable with girls who want to shower with them.

But no--it makes sense to distrust such folks. Think about it. Anyone who advocates this invasion and assault on human dignity and modesty is  disrespectful at the very least, and possibly also a predator.

If there is such a thing as a macro-aggression, this surely qualifies.

Which brings us back to nudity. One of the really important distinctions between sexual rebels and conservatives, especially Christians, is personal modesty. Our daughters need dads and moms willing to say, “No, you aren’t wearing that,” and to prepare our kids to accept such guidance as an outgrowth of parental love.

Eyes opened are truly a fruit of the Spirit—“goodness and self-control”—but our children suffer if we let them be tools of the world instead of reflections of His glory.

Active licentiousness, in contrast to youthful ignorance, also prompts immodesty. In fact, nudity or close to it is a hallmark of pagan cultures where sexual mores are disintegrating. Witness the nudity in ancient Greek/Roman/Egyptian sculpture and art. It wasn’t just the weather causing people to shed clothes. It was absence of discernment, worship of the flesh, and submission to demonic spirits disguised as “gods of fertility.”

We are painfully close to such an era in America.

Leftists dismiss these concerns because they have seared consciences. Yet as a sane person, you realize that clothing is something civilized people wear in public—and that unhinged, uncivilized people sometimes don’t.

Consider among many examples the new popularity of nude bike races, not just in far-left San Francisco but now also in Columbus.

Of course, if you look at the photos, most of the people in naked bike events retain something on the bottom half, because totally nude advocacy could be painful. Literally.

And it will be painful for all of us—and our children—unless we put a protective cloak of foresight, godly values, and self-restraint around our children.

The sooner the better.